Bestselling author and astronaut Terry Virts will discuss his brand new book -- How To Astronaut: An Insider's Guide to Leaving Planet Earth -- in conversation with mo 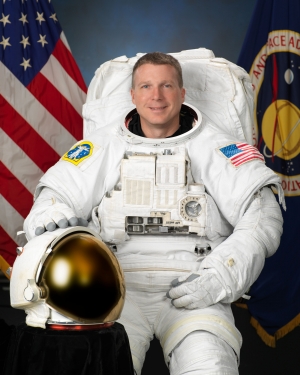 How To Register: Register directly on Zoom here. Space is limited.

How To Buy A Copy Of The Book: Autographed copies of the book will be available on a first-come, first-served basis by visiting this customized ordering page from our bookstore partner, Wellesley Books. While How To Astronaut is not released until September 15, pre-orders will be taken.

About The Author: Colonel Terry Virts earned a Bachelor of Science degree in mathematics from the United States Air Force Academy in 1989, and a master of aeronautical science degree in aeronautics from Embry-Riddle Aeronautical University. Selected by NASA in 2000, he was the pilot of STS-130 mission aboard Space Shuttle Endeavour. In March 2015, Virts assumed command of the International Space Station, and spent over 200 days on it. Virts is one of the stars (and photographers) of the IMAX film, A Beautiful Planet, released in April 2016. He is also the author of View from Above (National Geographic, 2017). He lives near Houston. Learn more about Virts HERE. 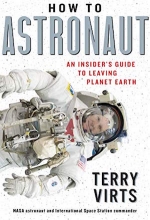 About The Book: A wildly entertaining account of the rules, lessons, procedures, and experiences of space travel, How to Astronaut is a book that will appeal to anyone— male or female, young or old—with even a passing interest in space. Written by Col. Terry Virts, a former astronaut, space shuttle pilot, and International Space Station commander who spent 200 consecutive days in space, it answers all of our curious questions and much more.

A born storyteller, Virts reveals the often-untold side of space travel in 51 short chapters filled with a mix of you-are-there detail, a dose of science made simple, and the inherent drama of describing something few will ever know first-hand.

About The Moderator: J. Kelly Beatty is senior editor for Sky & Telescope magazine. Specializing in planetary science and space exploration, Beatty conceived and edited The New Solar System, considered a standard reference among planetary scientists. His work has been honored twice by the Division for Planetary Sciences (DPS) of the American Astronomical Society.

About The Series: A collection of North of Boston libraries have joined forces to host a series of virtual discussions with bestselling authors this fall. Their next virtual event will take place on Friday, September 25 at 7pm with Eleanor Herman, author of the new book Sex with Presidents: The Ins and Outs of Love and Lust in the White House. Herman is also the bestselling author of the books -- Sex with Kings: 500 Years of Adultery, Power, Rivalry and Revenge and Sex with the Queen: 900 Years of Vile Kings, Virile Lovers, and Passionate Politics.