Award-winning pianist, Liana Paniyeva, will perform a program of works by Bach, Beethoven's Piano Sonata No. 23 Op. 57 ("Appassionata"), and Chopin's Sonata No. 3. Op. 58.

Liana has performed at international festivals in Norway, Hungary, Canada, Italy, South Africa and Israel, in addition to four performances at Carnegie Hall. Her solo recital in 2016 at the Myra Hess... END_OF_DOCUMENT_TOKEN_TO_BE_REPLACED 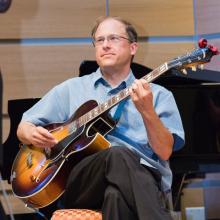 Guitarist Eric Baldwin , an Andover resident, has been performing in the Greater Boston area for the past twenty-five years. He is well... END_OF_DOCUMENT_TOKEN_TO_BE_REPLACED 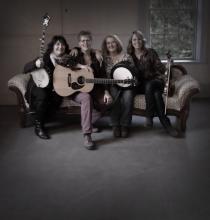 The Kelly Girls have quickly gained recognition as one of the most entertaining Celtic Bands in New England. Rousing renditions of songs and tunes rooted in the Celtic traditions of Ireland, Scotland, Canada and America, along with captivating harmonies and instrumentation, lend to their signature sound.

The Band has played many prestigious venues and festivals, and continues to... END_OF_DOCUMENT_TOKEN_TO_BE_REPLACED