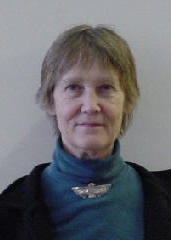 Big Horse and Horse and Bear were painted with a mixture of egg yolk and Createx pure pigment (in addition to other dry mixed media, such as pastel, charcoal, pencil and oil stick.) The egg yolk and dye combination is ideal for glazing and achieving brilliant color. The glazing allows you to see all the various stages as the painting developed.

Being able to visualize the process of drawing and redrawing allows you to experience movement and vitality. I often turn to horses as subject matter when I want to express motion and emotion. Because I drew horses over and over again during my childhood, I have a pretty good knowledge internally of what they look like. This allows me to express feelings without worrying about the realism in the drawing.

In one of the paintings I have added a grizzly bear. A grizzly bear and a horse can run at the same speed, about 35 miles per hour. The quality, duration and reason for speed vary but the two very different animals can be seen running together in this painting. I did not have an internal knowledge of the grizzly bear so I took out books on bears from the children's library. I studied and drew from the photos and drawings until the bear was as familiar to me as the horse.

I have lived in Andover for more than 23 years and have been painting all my life. I received my formal art education at Smith College, the DeCordova Museum School and the Haystack Mountain School of Crafts. I have also had several private tutorials with many artists over the years, notably Leonard Baskin and Fairfield Porter. Occasionally I give workshops, most often in gelatin print making. Over the years, I have participated in many shows and galleries, mostly in Maine where my husband and I have had a summer home. These paintings at the Memorial Hall Library were shown at the Gelb Gallery at Phillips Academy in January of 2001.

Shane's Remarks at Reception in Library 3/22/02

The "Big Horse" was done during a two-week workshop at the Haystack Mt. School of Crafts in Maine several summers ago. Haystack is a great place for artists. It is wonderful to immerse yourself with other artists for a sustained period to work. We were encouraged to work as though no one would ever see the paintings but ourselves--to do the work entirely and only for ourselves.

In fact, we were to work as large as we could on the largest paper available so that we would not be tempted to frame it, show it or make it available for anyone but ourselves.

The idea was that we would be freed from the inhibition which happens almost automatically when an artist does work that she thinks might "sell". We would be free to experiment with techniques, do something different from what we usually do.

The "Horse and Bear" was done shortly after the workshop while I was on a week long artists' retreat on an island in Maine.

I took books on bears with me that I had gotten from the children's section in the library. I studied these books intensively, drawing and learning about the bear skeleton and its postures, movements, habits, etc. I drew bears until I could draw them without thinking, "what does a bear look like?"

I already could do that with the horse because I drew horses constantly as a child. In fact, the horse is the only thing that I can freely draw without worrying, "what does this thing really look like?" Because I learned about horses as a child, I have internalized a familiarity about them that feels quite secure. This familiarity allows me to use the image to express something besides the horse itself.

I believe that children can learn to draw even complicated things in a direct uncomplicated way. Adults have a more difficult time. Their work can get overworked and laborious as they struggle with images. The work can lack spontaneity.

Children artists just keep working for themselves, making new images guided by some internal process. Picasso is quoted as saying that it took him a lifetime to learn to draw as a child draws.

The horse for me usually expresses freedom and passion and movement and "aliveness". It has an upward energy. The bear is similar but carries strength and a heavy power with it. It has a downward energy. The horse can run 35 miles an hour. Its strength must be quick and enduring in order to escape danger. The bear also travels 35 miles an hour but only for a short duration in order to attack and capture its food. The bear is focused on getting what it needs. I learned from my painting of the Horse and Bear that I need to join my horse energy with more bear energy. I feel compelled to focus more on what I need. When my inner self directs my painting, I learn something that surprises me.

The primary medium used in these paintings is called "egg tempera". It is made with beaten egg yolks, a little water and pigment of some kind. I have used liquid pure pigments or dyes. They create an especially brilliant and transparent wash.

I apply the paint in large sweeping gestures with a large brush. Because the medium is transparent, the viewer is able to see each step along the way of the creative process. It is a quick, emotional process, almost like a meditation or automatic writing. The movements make themselves, or are driven by some internal workings that bypass thinking or intellectualizing.

The viewer can see all the marks that the artist has made. It is as though the artist has invited the viewer to be with her as she creates the forms, drawing and redrawing.

Besides the egg tempera, many different mediums are in these paintings, e.g. pencil, chalks, oil sticks, charcoal, etc. All the mediums are used over and over, reinforcing the image and refining the feeling content. Some people may refer to this technique as "process" painting.