Bestselling author Eleanor Herman will discuss her brand new book -- Sex with Presidents: The Ins and Outs of Love and Lust in the White House -- in this Zoom webinar. 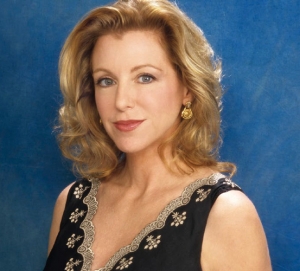 How To Register: Register directly on Zoom HERE. Space is limited.

How To Buy A Copy Of The Book: Autographed copies of the book will be available on a first-come, first-served basis by visiting this customized ordering page from our bookstore partner, Wellesley Books. While Sex with Presidents is not released until September 22, pre-orders will be taken.

About The Author: Eleanor Herman is the New York Times bestselling author of Sex with Kings, Sex with the Queen, and several other works of popular history. She has hosted Lost Worlds for The History

Channel, The Madness of Henry VIII for the National Geographic Channel, and is now filming her second season of America: Fact vs. Fiction for The American Heroes Channel. Learn more about Herman HERE.

About The Book: In this fascinating work of popular history, the New York Times bestselling author of Sex with Kings and The Royal Art of Poison uncovers the bedroom secrets of American presidents and explores the surprising ways voters have reacted to their leaders’ sex scandals.

While Americans have a reputation for being strait-laced, many of the nation’s leaders have been anything but puritanical. Alexander Hamilton had a steamy affair with a blackmailing prostitute. John F. Kennedy swam nude with female staff in the White House swimming pool. Is it possible the qualities needed to run for president—narcissism, a thirst for power, a desire for importance—go hand in hand with a tendency to sexual misdoing?

In this entertaining and eye-opening book, Eleanor Herman revisits some of the sex scandals that have rocked the nation's capital and shocked the public, while asking the provocative questions: does rampant adultery show a lack of character or the stamina needed to run the country? Or perhaps both? While Americans have judged their leaders' affairs harshly compared to other nations, did they mostly just hate being lied to? And do they now clearly care more about issues other than a politician’s sex life? What is sex like with the most powerful man in the world? Is it better than with your average Joe? And when America finally elects a female president, will she, too, have sexual escapades in the Oval Office?

About The Series: A collection of North of Boston libraries have joined forces to host a series of virtual discussions with bestselling authors this fall.